He served as the Outreach Coordinator for the Sports Concussion Program and High School Sports Medicine Initiative at Florida Hospital in Orlando from 2007 to 2008. 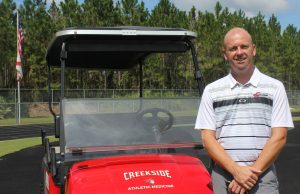 He is a U.S. Army veteran; decorated several times for meritorious service and is a graduate of the University of North Florida (Class of 2000).