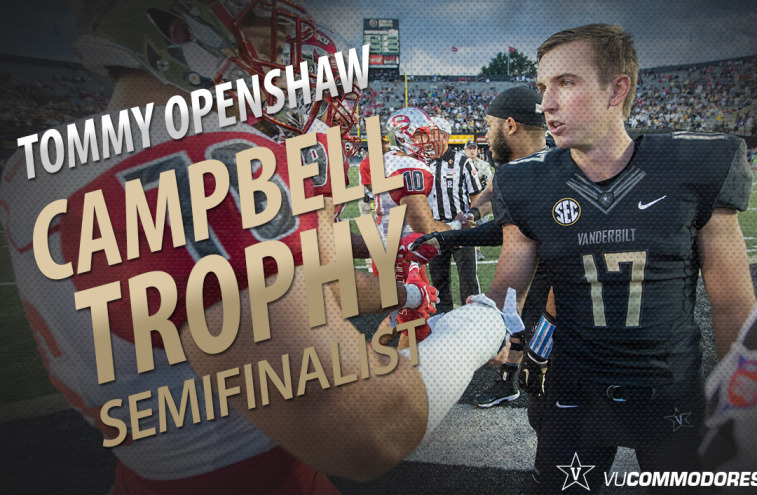 Openshaw, a first-year graduate student from Jacksonville, Fla (Creekside High School), is among 181 distinguished student-athletes across the nation named by The National Football Foundation (NFF) & College Hall of Fame.