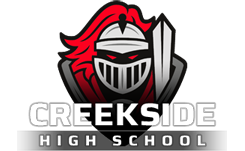 National Engineers Week always begins during the week of George Washington’s birthday, as not only was he our first president he is considered to be the nation’s first engineer.  The 2022 Engineers week began February 21st, with the annual Society of American Military Engineers (SAME) Career Day occurring at the end of the week on Friday, February 25th.  Public, private and home-schooled students from northeast Florida were in attendance.

Participants competed in three events to take home the “Engineer Cup”, consisting of a take home project, a surprise project and an “engineering trivia challenge”.  The trivia challenge allows students to learn about actual engineering projects through interaction with local universities and engineering firms exhibiting at the event.  Take home and surprise projects were judged against a variety of criteria, and awards were given to the winning team for each of the three competitions.

The goal of the take home project was to construct a bridge using only uncooked spaghetti and hot glue that had the highest strength to weight ratio.

Creekside was the team with the highest overall average score of the three competitions and claimed the cup to display at CHS for the second consecutive year.  The winning team consisted of: