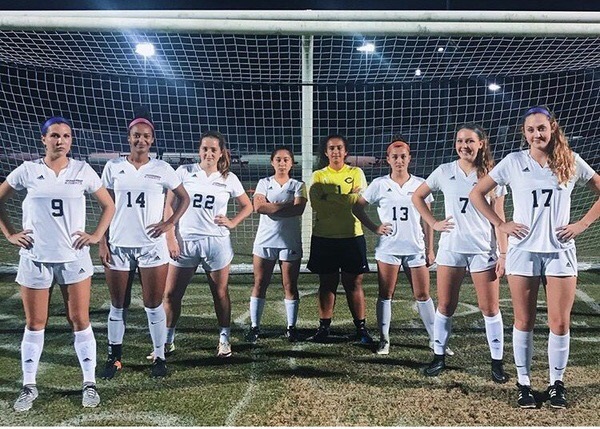 Her heart pounded as she made her way to the field. This was her senior year and a game against district rival Bartram Trail.   She was ready to lay it all out on the field!  Shelby Weiss played in the eccentric match this past Wednesday.  She described the overall feeling of excitement as the fans cheered and players were pumped for the game. Along with the rest of the school, Shelby knew this was going to be a close one. Both teams have had early winning streaks this season and it all seemed to come down to this to determine bragging rights along Longleaf Pine Parkway. With just 3 minutes to spare, Creekside was holding on to a 2-1 lead when, all the sudden, Bartram scored a goal.  The game ended as a tie.  Whether Creekside won or not, this was definitely an exhilarating match.

To the players going up against Bartram next year, Shelby says, “Uphold the legend. Just remember the game is all about having fun and representing Creekside! GO KNIGHTS!”

The Knights and Bears could meet once again this year in the district tournament come January.